Midlands based European Heathyards, one of the UK’s most trusted fabricators of tube, plate and section structures, has today announced it has applied to ASME for S Stamp accreditation.

This latest certification will apply to boilers in which steam or other vapor is produced at a pressure greater than 15 psig (100 kPa) external to itself as well as high temperature water boilers intended for use with operating pressures greater than 160 psig (1.1 MPa) and/or has temperatures exceeding 250 degrees F (120 degrees C).

The drive towards S stamp accreditation will complement the recent ASME U stamp award, indicating that pressure vessels manufactured by European Heathyards conform to the latest edition of the ASME BPV Code.

“Obtaining universally recognised technical standards such as ASME will install a high degree of customer confidence as we continue to expand our order book in the face of customer demand.”

European Heathyards currently operates a quality management system recognised and approved under BSEN9001:2008. They also have experience operating under a strict quality controlled manufacturing system that has been tailored to satisfy the intended requirements of ASME and other European Pressure Equipment Directives standards such as PED 5500.

ASME, founded as the American Society of Mechanical Engineers, is a professional association with over 130,000 members in 158 countries worldwide. Synonymous with setting codes and standards for the boiler and pressure vessel industry, ASME is widely regarded as the hallmark for conformance to established safety standards.

European Heathyards are industry leaders in tube manipulation, fabrication and high integrity welding and are widely regarded as one of the UK’s most trusted fabricators of tube, plate and section structures.

Our manufacturing capabilities include an array of engineering services in a purpose built 110,000 sq ft combined workshop and storage facility with a lifting capacity of 100 tonnes.

We're not around right now. But you can send us an email and we'll get back to you, asap.

European Heathyards would like to reassure all our customers that we are currently operating business as usual. All orders will continue to be fulfilled on-time and to the highest quality.

We will continue to monitor the situation regarding COVID-19 closely and follow the advice from the UK government to ensure we are doing everything we can to prevent the spread of Coronavirus and protect our staff, customers and the general public. 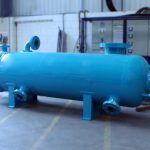